Introduction interview with Iulian Circo, member of the advisory board of DeFi Capital.

Q: What is your background?
A: I have a very colorful background. I have started my career in the late 90s and spent almost a decade doing field-based, humanitarian work all over the world, wherever conflict or natural disasters lead to the displacement of people. During this period I have become very interested in informal markets and entrepreneurship. I spent the best part of the 2010s in Eastern and Southern Africa trying to bring products and services to market that combined positive impact with the possibility of commercial success. Eventually, over the last 8 years or so I have specialized in building ventures that use emerging technologies to achieve impact at scale.

Q: How and why did you get involved in the blockchain space?
A: While working on informal markets in Sub-Saharan Africa I took an interest in blockchain – Bitcoin, specifically, which was at the time the only game in town. I loved Bitcoin’s simplicity and technical elegance. I thought that it could be a wonderful solution to a mix of problems endemic to informal markets that include bad fiscal policies, no financial infrastructure, and a generalized – and justified – lack of trust in authorities.

The emergence of smart contracts and layering opened additional opportunities and over the years I was lucky enough to be at the heart of a few pioneering initiatives that leveraged blockchain and tried to address these fundamental problems. In 2017 I co-founded a company that specialized in securitizing impact and I continue to be involved with ambitious projects in natural capital markets as well as certification and securitization on blockchain.

I have tried to build DeFi products for many years  – with applications in natural capital markets and social capital among others> some of these included tokenized index trackers for informal markets or tokenized bonds.

Q: What are you currently working on/ What did you most recently work on?
A: My work has been impacted significantly by Covid19. I believe this pandemic marked the end of an era and as it was happening I tried to focus on the opportunities emerging and attempted to build from first principles. I continue to believe that we have not yet seen the pandemic’s full impact on our global community, including in terms of economic frameworks.

I believe that decentralization and the principles behind blockchain resonate very strongly with the proverbial “new normal”, and I think that what we are going through as a global community is forcing us to redefine economic fundamentals – from the role of consumption to fiscal policy to the monetary value of externalities. At the beginning of the pandemic, I co-founded an AI company trying to redefine healthcare and health services.

I am also involved with a company that uses Blockchain to securitize medical certificates, another very relevant platform in a world burdened by a global pandemic. Throughout I have continued to support a moonshot Fintech company in Switzerland, that has been building global, universal marketplaces for tokenized assets since 2015.

In any case, I believe 2021 is a watershed year for Decentralized Finance and I believe we will see the emergence of innovation in this space that will define the future of finance.

Q: Why does the world need decentralized financial infrastructure?
A: The world’s financial infrastructure has not changed fundamentally in a long time. Even as every other piece of global infrastructure has been disrupted over the last few decades, the financial infrastructure has stubbornly refused to adapt. Some of this is simply reactionary – institutional gatekeepers who benefit from the status quo and who are therefore resisting change. While some of the strongest arguments against this state of fact have to do with efficiency and speed, my personal gripe with the status quo has to do with the fact that financial products overall are simply not available to most people. This state of fact is actively contributing to a worsening wealth inequality everywhere from New York City to New Delhi. Decentralized finance could be a great equalizer. The world needs it as a way to lower the barriers of access to value and wealth.

Q: What do you think about: central bank digital currencies?
A: Like it or not, Central Bank Digital Currencies will be the rule, rather than the exception in the very near future. The technology is here and it works at scale, unlocking efficiency and reliability that Central Banks will appreciate. That’s just the way technology works. The media and entertainment industries resisted digitalization until they had to embrace it fully and define new business models along the way. The same will happen with money, sooner or later. But the technology alone will not necessarily change the fundamental problems in the global infrastructure. This is why decentralized platforms are so important – they provide viable alternatives to anyone who is trying to hedge against bad Centralized policies.

Q: What was your first part-time job ever?
A: This is a great question. I had a very non-linear path so far in my life. In my early youth, I experimented with all sorts of part-time jobs that included the typical stint in hospitality (waiting tables) to work in agriculture and also a few misguided stints as a divemaster in the early 2000s. I remain a big fan of this sort of exposure and I am advising anyone who is starting off in their life to experiment as much as possible and expose themselves to as many real-world situations as possible. It is the best education. 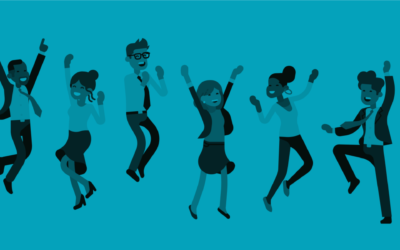 We are excited to announce the latest addition to the team. Tom Swartjes brings a wealth of experience to DeFi Capital. Tom graduated with a Masters of Law, specializing in intellectual property, ICT and blockchain technology. After graduating Tom set out to apply...

END_OF_DOCUMENT_TOKEN_TO_BE_REPLACED

We’re very excited to let you all know that DeFi Capital has recently successfully invested the first round of investors! As you may well know, ‘it all starts with one’ so we’re very happy and proud with this achievement and important step forward. The timing couldn’t...

END_OF_DOCUMENT_TOKEN_TO_BE_REPLACED

Introduction People who are not familiar with cryptocurrency might raise their eyebrows when they hear about a fund that has 70% of their capital invested in just two assets, but it is true. Bitcoin and Ethereum make up more than two thirds of our investment...

END_OF_DOCUMENT_TOKEN_TO_BE_REPLACED 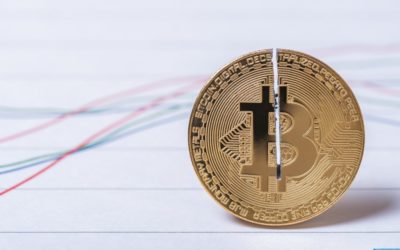 Every four years something special happens with Bitcoin. It is something that is known as ‘the halving’. What is it and why is it so special? Let us explain. The Bitcoin halving is the moment when the speed at which new Bitcoin enter the world gets cut in half. Not...

END_OF_DOCUMENT_TOKEN_TO_BE_REPLACED 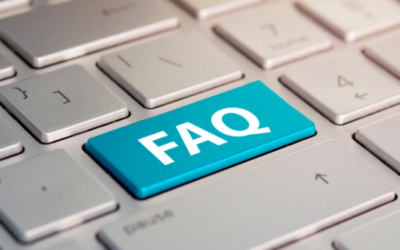 Which problem does blockchain technology solve? The problem with internet technology was that valuable digital assets could easily be copied and redistributed. This has been a major problem for the music and movie industry because anyone can copy songs and movies and...

END_OF_DOCUMENT_TOKEN_TO_BE_REPLACED 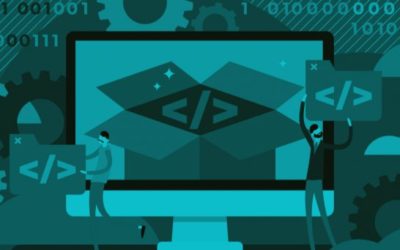 There it is again, blockchain technology. By now most of us know that it’s probably beneficial in one way or the other. You’ve maybe already heard about its global payment feature, censorship resistant database or no more need of a third party. But what a lot of us...

END_OF_DOCUMENT_TOKEN_TO_BE_REPLACED 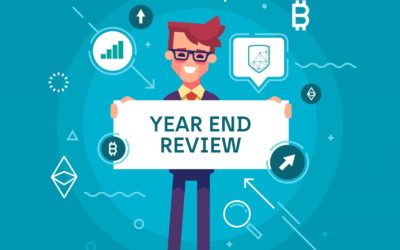 The most important crypto and blockchain developments in 2019

The year 2019 is almost at an end and this year too we are all aware of how quickly time passes. For those of us who are also involved in the blockchain and cryptocurrency markets, it may feel that it speeds by even faster, because the development of this new...

END_OF_DOCUMENT_TOKEN_TO_BE_REPLACED

Anyone who has followed the news lately might have heard about it: there’s allot going on about Facebooks Libra. What started as an idealistic project with ambitious goals now seems to end in a discussion about the power and influence of big tech. What is Libra? Libra...

END_OF_DOCUMENT_TOKEN_TO_BE_REPLACED

For the past 12 months we have been hard at work realizing DeFi Capital, an investment fund for blockchain technology. Now, with the launch of our website, we’re ready to go public! It all started with a vision about what blockchain technology could mean. Not only for...

END_OF_DOCUMENT_TOKEN_TO_BE_REPLACED

Decentralized Finance is picking up. It’s becoming the standard to refer to all projects that allow some kind of individual (decentralized) wealth management. We are of course following these developments closely and would like to share some news and statistics. First...